Reflection of My Summer Internship and Art of Visual Aids 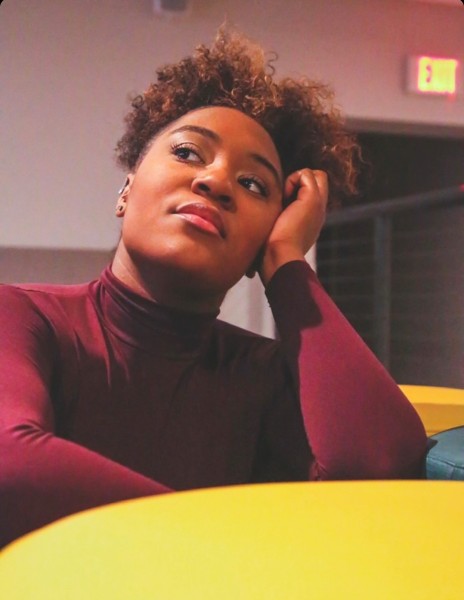 During my time at Joffrey, I had the pleasure of coming to work every day and teach students who were like sponges, ready to absorb the information I was prepared to give them. By gathering information from them, I was able to do something I also love with my final project. This project focused on reflecting on what I was learning and doing with the Bridge and Extensions programs through multimedia arts. I grew up loving drawing and painting, but now being in college, I rarely ever have the time to paint something that I am proud of. So, I thought about the project as a creative way to tap into my skills while also reflecting on what I learned this summer. 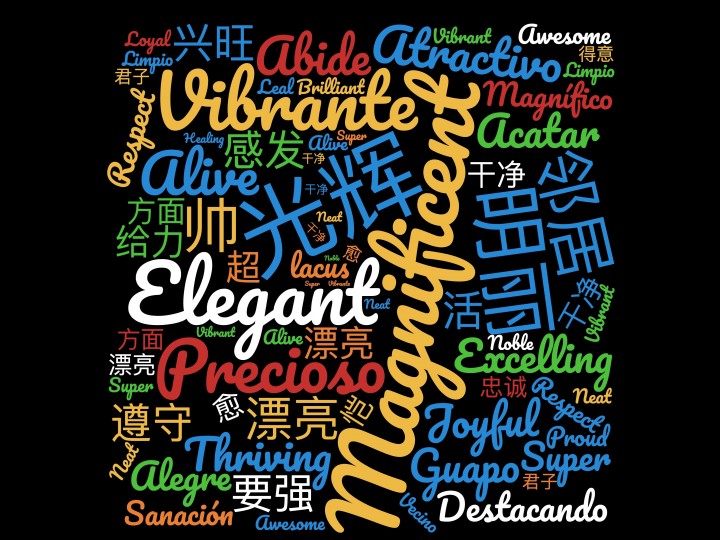 During the first weeks of the Bridge program, Ms. Nicole would ask the students how they were feeling and to describe that feeling by using positive words. I loved the idea of the positive words, so I took note of what each student said and incorporated them into a word cloud. Students in the program represented minority communities, so I created a word cloud with Spanish and Mandarin translations for some of the words to help reflect the classrooms in which the word cloud would be presented. This part of the project was exciting because I initially did not think about using translations in the cloud until it was suggested to me. The final product turned out to be pretty cool! 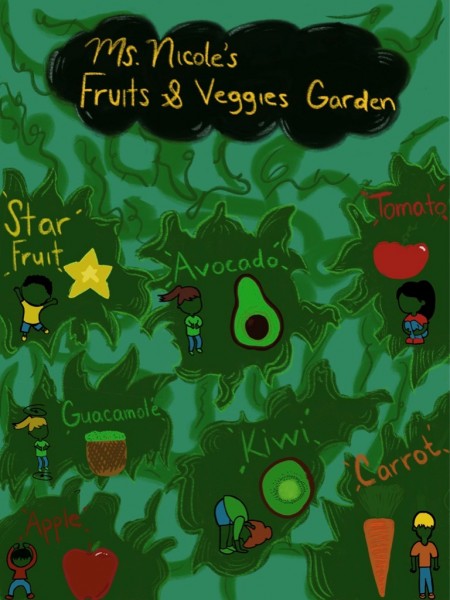 Throughout my six weeks with the Joffrey, I worked on the "Ms. Nicole's Fruits & Veggies Garden" visual aid. I worked on this aid using the Procreate app on my iPad. The app was helpful for most of my projects, and I was able to think outside of the box and use some new technology to challenge myself while creating my project. The piece was inspired by the 'fruits and veggies' game the Bridge students sometimes played during the program, and I thought, "I have to create a visual to match the game because it is so cute." In the game, Ms. Nicole assigned dance poses to fit the respective fruit or veggie. Some of the movements were more obvious such as a carrot or starfruit. With some other actions, the kids chose to get creative (which also proved to be move complex to draw later on).

Another project I worked on throughout the summer was a drawing that represented a reflection for week 4. Week 4 marked the midpoint of the program. This was also the time when we started working with the Extensions II group. 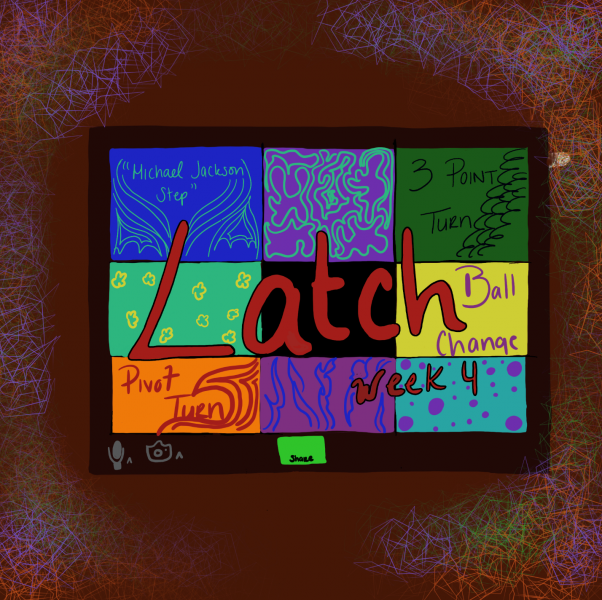 I was teaching choreography to the song "Latch" by Disclosure ft. Sam Smith. I wanted to get creative with what my reflection for that week would be, so I created a visual that represented what I saw every day that week with the group and the choreography we worked on. I learned that I really enjoy assigning names to movements such as the "Michael Jackson Step." I created a visual with some of the vocabulary terms I used throughout my choreography. I created a zoom screen with the vocabulary terms in each of the "student's" boxes rather than the students themselves.

Throughout my six weeks, I was able to learn so much about myself as well as the Joffrey organization. I gained insight into new things, other than what I've learned from my time being a student with Community Engagement until now. I now know that I am able to go into my senior year of college feeling prepared and more confident in my teaching skills, artistic ability, and classroom management. I cannot wait to see what's to come of the future of Community Engagement at Joffrey and how they will use these visual aids to help students in the future!