Joffrey Welcomes Five New Members to its Board of Directors

CHICAGO (February 8, 2022) – Anne Kaplan, Joffrey Board Chair, and Greg Cameron, President and CEO of The Joffrey Ballet, are pleased to announce the appointment of Marc DeMoss, Chip Flannagan, Lashana Jackson, Jim Kirk, and Richard McDonald to the Joffrey Board of Directors, effective immediately, for the 2022–2025 term.

“On behalf of the Joffrey Board of Directors, I am honored to welcome these five accomplished leaders to the Board,” said Kaplan. “Their vitality and their dedication to promoting the powerful impact of dance locally, nationally, and internationally is invaluable. We look forward to putting the support of the full Board behind the recently announced ‘Year of Chicago Dance’ in 2022. With our new directors and their added heft, we see a successful year on the horizon.”

”The past 23 months have been filled with life lessons across the arts sector, and a deepening of our shared belief that the arts are indeed essential,“ added Cameron. “I join Anne and the Joffrey Board in welcoming these new directors. Their ideas, diverse perspectives, and expertise will strengthen a board that is already highly engaged. On all fronts, the Joffrey is investing in its future—artists, students, teachers, administrators, and, today, five new directors that will propel us forward.”

About The Joffrey Ballet’s New Board Directors 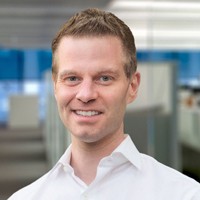 Marc DeMoss is Head of Research Products for Morningstar, where he has profit‐and‐loss responsibility for roughly 10 percent of Morningstar’s global revenue and oversees products delivering the research of its 250 analysts. DeMoss has been with Morningstar since 2007 and has held varied positions in Chicago and Paris. Formerly, DeMoss held marketing roles with two startup companies and produced Crime Fiction, an independent feature‐length narrative film which was commercially released in 2007.

In 2020, DeMoss was named to Crain’s Notable LGBTQ Executives by Crain’s Chicago Business. He holds a bachelor’s degree with honors in economics from the University of Chicago. 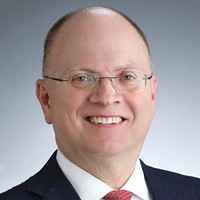 Chip Flannagan is the Managing Director for Fifth Third’s Private Bank group in the Chicago Region. He is responsible for the overall leadership of the various lines of business within the division including investment management and trust, banking services, custom credit, and wealth planning services. Flannagan was previously the Regional Managing Director for Wells Fargo Private Bank in Chicago for 14 years, where he was responsible for the delivery of multiple lines of business to high‐net worth families. Before that, Flannagan spent 10 years at LaSalle Bank in a variety of roles, including the last two years as the Head of Private Banking in Illinois.

Originally from Mobile, Alabama, Flannagan has proudly called Chicago home for the past 25 years along with his wife Tiffany and their two children.

Flannagan earned both his bachelor’s in Clinical Psychology and MBA in Finance from the University of Missouri‐St. Louis. 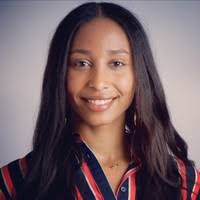 Lashana Jackson is an experienced HR executive who has held a number of senior leadership roles across the Human Resources function. Her current role is with R1 RCM as the Senior Vice President of Talent Management & Inclusion function, which includes responsibility for learning, development, careers, performance management, engagement, diversity & inclusion and talent acquisition. Prior to R1 RCM, Jackson was the Vice President for Global Talent Management at Aon.

Jackson is active in her community with a passion for supporting the arts, youth programs, and social justice. She is currently a board member for SkyART, sits on the Uhlich Children's Advantage Network (UCAN) Diversity Advisory Board, and serves as a Commissioner for the Illinois Attorney Registration and Disciplinary Commission (ARDC).

Jackson resides in Chicago with her husband Faheem Majeed and their three children. 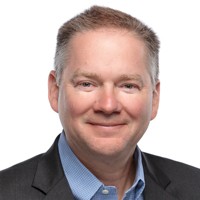 A veteran of Chicago journalism and publishing circles, Kirk rejoined Crain’s in October 2018 as publisher and executive editor. Prior to that, he was editor in chief of the Los Angeles Times when it was owned by Chicago Tribune’s parent company, Tribune Publishing. Before joining Tribune Publishing in 2017 as senior vice president of strategic initiatives, he served as senior vice president, editor and publisher of the Chicago Sun‐Times for five years.

A native of the Chicago area, Kirk also worked in the Washington bureau of Bloomberg News, overseeing coverage of the White House, Congress and federal agencies. He started his journalism career in Chicago at Grocery Marketing magazine and Adweek magazine in the early 1990s. He is a member of the Economic Club of Chicago, has served on the board of the Illinois Press Association and is a past president of Illinois Associated Press Media Editors. 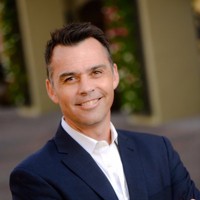 Prior to joining SCC, McDonald was President of the Epsilon Agency; Senior Vice President of Global CPG Growth for SGK, Schawk!, ANTHEM and Brandimage; and Founding Partner of TimeZoneOne.

Hailing originally from New Zealand, McDonald currently lives in Glenview with his wife Lori Melching McDonald and their two children.

About The Joffrey Ballet­­

Classically trained to the highest standards, The Joffrey Ballet expresses a unique, inclusive perspective on dance, proudly reflecting the diversity of America with its Company, audiences, and repertoire, which includes major story ballets, reconstructions of masterpieces and contemporary works.

The Company’s commitment to accessibility is met through an extensive touring schedule, an innovative and highly effective education program, including the much-lauded Academy of Dance, Official School of The Joffrey Ballet, and Joffrey Community Engagement programs, and collaborations with myriad other visual and performing arts organizations.

Founded by visionary teacher Robert Joffrey in 1956, guided by celebrated choreographer Gerald Arpino from 1988 until 2007, The Joffrey Ballet continues to thrive under The Mary B. Galvin Artistic Director Ashley Wheater MBE and President and CEO Greg Cameron.