Dance revealed itself gradually to John Kurtz. From a young age, the Joffrey’s Director of Facility and Operations found that music was more his speed. He spent his undergraduate years at Bowling Green State University, plucking away at his massive double bass alongside music alums like Grammy-winning composer Jennifer Higdon and under the direction of orchestra conductor Robert Spano. After graduating, he segued into a gig for a local school district, teaching orchestra to elementary and high school-age students. Three years later, he was at the University of Cincinnati’s Conservatory of Music for a master’s degree in arts administration. Then came a life-changing opportunity at the Kennedy Center in Washington, D.C., a job that opened his eyes to the world of dance and put the Joffrey squarely in his sights.

“I loved every aspect of the job,” he said recently of his time at the Kennedy Center. “There was something going on all the time. I was from Ohio and didn’t know anybody. Every night I went to a different show because I could go for free. I loved the excitement of that building.”

From 1970-2005 the Joffrey made routine visits to the Kennedy Center to perform Robert Joffrey’s version of The Nutcracker. Kurtz’s arrival overlapped with the company’s first D.C. residency, but he still recalls Joffrey posters adorning the Kennedy Center walls, which always brought to mind the first dance concert he ever attended during college: a program featuring The Joffrey Ballet. 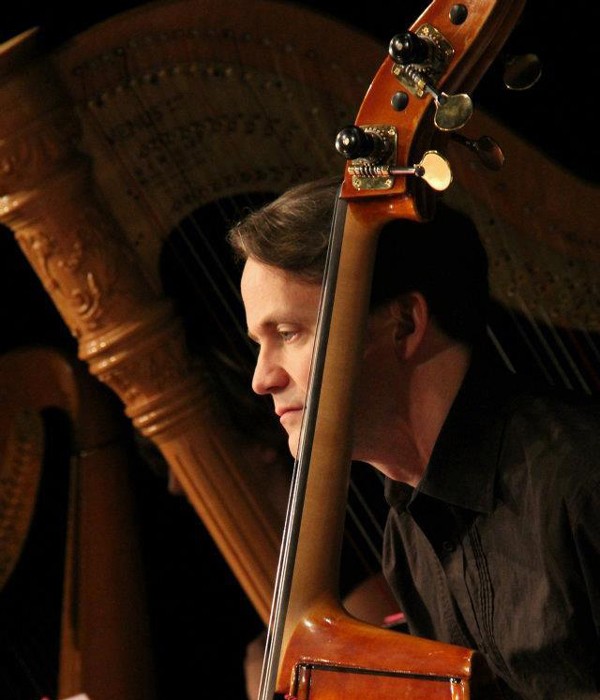 Now 15 years into his role, Kurtz likes to think of his Joffrey history as more than a coincidence. After moving to Chicago in the early 2000s and overseeing operations at three separate theaters for Broadway in Chicago, rumblings of a much-anticipated project started picking up steam in circles around the city; after more than a decade shuffling through temporary spaces, the Joffrey was finally getting a building of its own in the heart of downtown Chicago. A search process ensued, and Kurtz became the Joffrey’s main target.

Since 2008 and the establishment of Joffrey Tower—home of the Joffrey studios, administrative offices, the Joffrey Academy of Dance, and Community Engagement—at least one person has seen it all. A consummate presence, Kurtz’s influence is felt daily, never more so than in the last two years as the Joffrey pivoted to a COVID-safe learning and working environment. Kurtz was at his best then, reconfiguring the Joffrey studio spaces to accommodate social distancing for classes and rehearsals, upgrading the HVAC system with state-of-the-art filtration, and crafting a COVID-safe playbook of best-practices at a time when information was sparse. Sprinkle in other tidbits like the Joffrey’s recent investment in a nearby solar farm and today Joffrey Tower stands in the heart of Chicago’s historic Theater District as a symbol of Joffrey’s preeminence among global dance companies, also a reminder of its status as a Chicago icon, a fact that Kurtz says was the point from the very start.

“When I first started at the Joffrey and as we were constructing the building, I learned quickly what dancers needed to do what they do,” says Kurtz, who gave tours of the building to select groups during its early years. “People just had no idea what it takes to put on a ballet production. So much happens in the music and theater world but it takes that and more in the dance world. I’ve learned to appreciate that so much.”

Indeed, the needs of the Joffrey artists and dancers took on a new meaning with the arrival of COVID-19. In March of 2020, many organizations around the world shut their doors while the pandemic raged. But as Kurtz tells it, closing Joffrey Tower was not an option. “You have all these systems in place. If you don’t maintain them and use them, they deteriorate. With so many artists and students that depend on being in-person for their livelihoods, we had to keep the building open and all systems running.”

The Joffrey returned to normal operations in the fall of 2021 and barely skipped a beat; rehearsals and classes moved forward, and as the administrative staff returned to work so did a semblance of normalcy that had long been missing.

“One of the big things for me and one of the reasons I took the job is the feeling that I'm responsible for the safety of everybody that walks through the door,” Kurtz says. “I've always carried that with me. If someone comes into any facility I manage, does what they need to do, and can't remember anything about the building after they’ve left—I've done my job. Everyone at the Joffrey is so warm and welcoming. In the unlikely event that changes, I have no reason to leave.”