The acclaimed choreographer discusses the making of her world premiere ballet, ‘Of Mice and Men’

There is a poetic grace to the voice of Cathy Marston. Marston, the reputed adapter of classic literature to classical ballet, moves around the studio with prompts that are delicate but firm, simple but precise—like a director corralling a group of actors that are working through the climactic scenes of a script. Only in this case, the actors are dancers, and the script depends on more than words.

“My approach centers on the characters—developing vocabulary and then setting up the scenes, working from inside out,” Marston says of her choreographic process. “It's always looking to the heart of the person in front of me and then working with the physical material they generate later.”

In her first original work for The Joffrey Ballet, Marston finds inspiration from one of the greatest novellas ever written: John Steinbeck’s Of Mice and Men, a tender tale of friendship and tragedy. For the music, she sought out Oscar-nominated composer Thomas Newman, who, like Marston, had to navigate a COVID-stricken 2020 by collaborating primarily over Zoom. Together they developed a uniquely visceral experience for the stage, a one act performance that touches on the nature of companionship and the promise of the American frontier.

In a recent interview, Marston spoke about the making of her new piece, working with Newman, and the surprises of a pandemic-plagued rehearsal process. 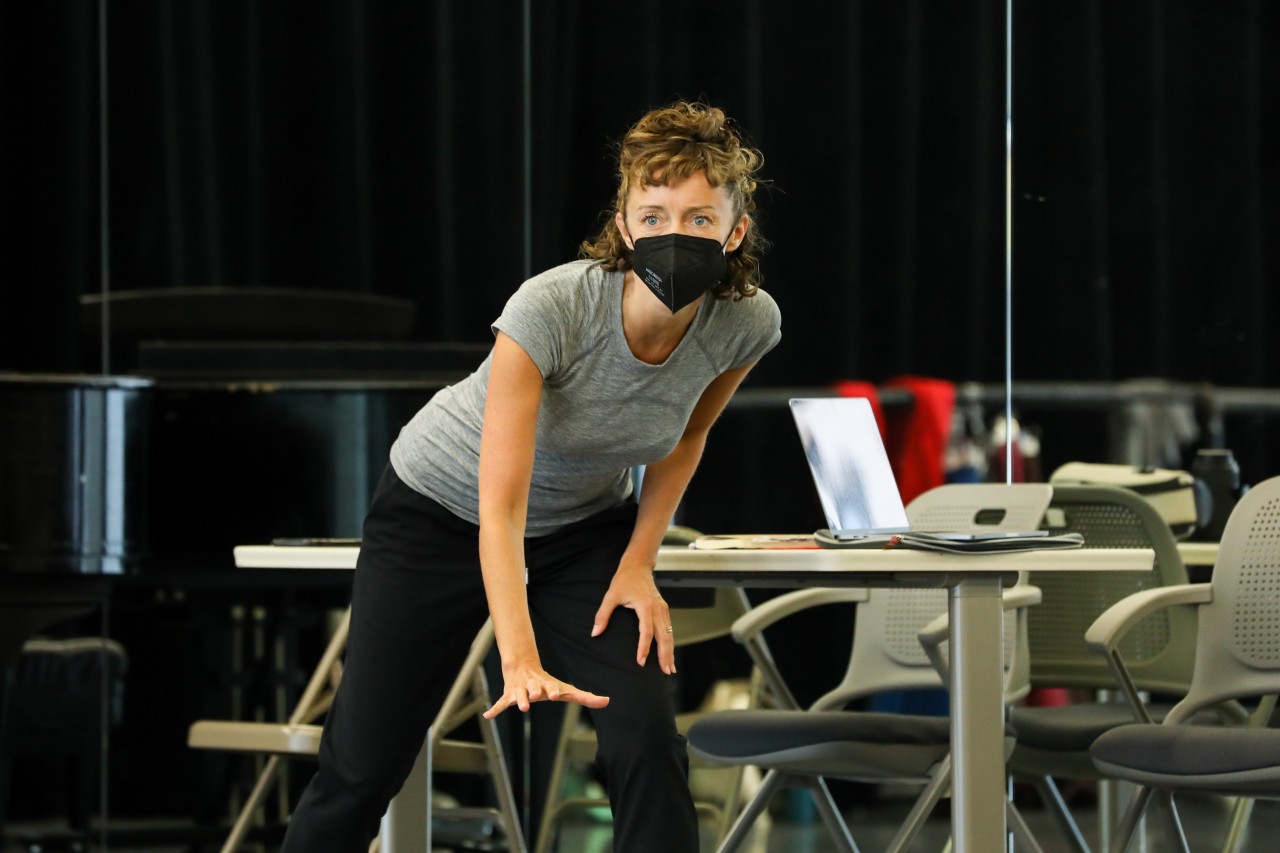 What drew you to Steinbeck’s Of Mice and Men?

I studied it in school. I remember being incredibly moved by it and remain so to this day. It's always been a story that I've loved and feel affected by. As I became a choreographer and continue to draw inspiration from literature, it's been in my mind as a piece, but it requires a specific cast. It was only when talking to [Joffrey Artistic Director] Ashley [Wheater] about the pieces I'd like to make. He immediately said, “Well, make it for Joffrey.”

You’ve mentioned before that this is your first ballet that focuses primarily on a male-to-male relationship. Did that change your approach in the studio?

Not at all. The only way that it’s been different is because the characters are different.

The ending of the book is debated and famously tragic. As a choreographer, is it difficult to interpret those emotions?

I love crying at these sorts of stories. But it doesn't feel like a hopeless cry. George’s decision is based on absolute love for his friend. The central couple have this relationship that sets them apart from everyone else because they have one another. Even though it’s a tragic end, you feel like it was born out of love.

There’s a lot happening in the world. It seems like a story about friendship is important right now.

You have to believe in a better future. Even making this ballet during the pandemic, we had to keep believing that the day would come when it was possible to dance together again. Friendship continues to be something that we need as human beings. Seeing that in a story from a hundred years ago is quite special.

You’re collaborating with composer Thomas Newman, who created an original score for the ballet. How was your experience working together?

We had a fabulous collaboration that went on for an extended period because of the pandemic. We had almost weekly Zooms together for two years. I was struck by how he uses textures that I've not discovered with other composers. It wasn't just about rhythm and tempo and melody, but also about the music’s role in the storytelling. There were no shortcuts with him. I was amazed by what an intimate working relationship we could find together over a screen.

This being his first piece of music for ballet, did he ever doubt what he was doing?

He has doubts. But on the other hand, he also has real strength of conviction. There were a couple moments when a scene just didn't feel the way it needed to feel. We'd find a way around it. I would suggest something that also wasn't quite right, but there might be a third option that we both liked and agreed on. You find a way to persist by listening to one another. That balance was always possible with him.

Having worked with Joffrey for the Chicago debut of Jane Eyre in 2019, has anything surprised you about working with the company on something original?

It was great having done Jane Eyre because we knew each other. The dancers had a sense of where this piece might go dramatically. We began on Zoom and started developing a language — a way of walking, a way of standing, different movement phrases. I didn't know how it would look in real life, but we pieced it together. That was surprising and wonderful. We laughed a lot during the process, which is important to me. The Joffrey is always a pleasure to work with.